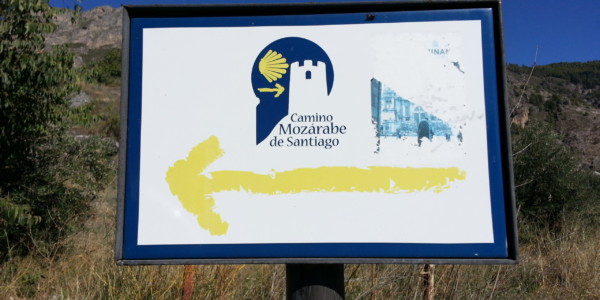 Pilgrims traditionally started their journey to Santiago de Compostela from their own home, so different Caminos (Ways) emerged over the years. Probably one of the most ancient Pilgrim’s Ways in Spain is this one: The Mozarab Way.

Christians who were living in the Muslim territory of Al-Andalus were called Mozarabs. Some of them risked their lives to travel to Santiago, on the immense distance that separated the South to the remains of the Apostle. They not only had to cross on foot Al-Andalus; they still had to take the Via de la Plata Way travelling through Castilian lands to reach the north of the Peninsula.

We designed this tour for you to walk comfortably about 120 km along a part of the Mozarab Way, from Granada to Cordova, from the marvelous “Alhambra” in Granada to the stunning “Mezquita” in Córdoba, while we take care of your luggage and charming accommodations to rest.

What is the Albayzín? Albayzín is the name given to the lower slopes of San Miguel Hill, inhabited since way back in history, in the...read more →