Cazorla lies on the western slope of the Sierra de Cazorla. It is the entry point to the mountainous, lushly wooded “Parque Natural de Cazorla, Segura y las Villas”, a vast protected area of craggy mountain ranges, deep, green river valleys, canyons, waterfalls, remote hilltop castles and abundant wildlife.  The abrupt geography, with altitudes varying between 460m at the lowest point up to 2107 m at the summit of “Empanadas”, makes for dramatic changes in the landscape. Established in 1986, with an area of 209920 ha, it is the largest protected area in Spain and the second largest in Europe. It was declared a biosphere reserve  by UNESCO in 1983 and also a “Special Protection Area for migratory birds“  in 1988.

Coming to this Nature Park and exploring it by foot is not easy without using a car.  We have designed a tour where you will discover the most emblematic and wild areas within, and you need a car to go to the starting points. You can start this fly&drive program from Madrid, Málaga or Granada airport. 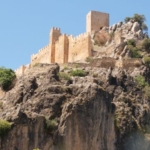 On the way to Cazorla, you can visit the beautiful towns of  Granada, Ubeda and  the romantic little town of Baeza. Cazorla is well worth a visit. From Plaza de la Constitución to Plaza de la Corredera where you find the Town Hall, a fine Moorish style palace off the far end of the square, or the labytinth of narrow, twisting streets descending to Cazorla´s liveliest square, the Plaza de Santa María. The square is dominated by La Yedra the austere, reconstructed tower of the lower of two Moorish castles, housing the Museo de Artes y Costumbres, a notable folklore museum. 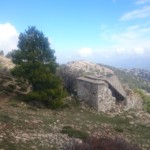 A taxi will drive you to the starting point in the Riogazas Control. You will have stunning views of the park during your way to the summit.  You continue  through the "Loma de los Castellones"  with a great variaty of lanscapes, rocky and dry areas, wet pineforest, and ancient pathways to arrive back to Cazorla. After the hike you continue to the next accommodation,  Hotel Mirasierra (35 km, 55 minutes’ drive). You can have dinner in the hotel or drive for 3 km to the small villages of Cotorríos. 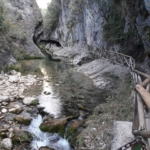 You go by car to ”Piscifactoría del  Borosa” 4,5 km from the hotel. Today we are going to walk along this famous and beautiful gorge.  Between 16-22 km depending if you walk all the length of the hike to the Valdeazores lake. Take a torch with you for the tunnels!! After your walk, you return to your accommodation in Mirasierra Hotel 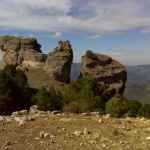 You leave Mirasierra Hotel  driving to Pontones. Park your car before Pontones to walk towards  the amazing Peñamusgo, at 1536 m over the Tranco reservoir. Your accommodation is in Pontones. 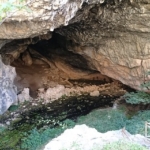 Nice route along the canyon of the Segura river towards the beautiful “Cave of Water”, and the exceptional vegetation in the surroundings. Your accomodation is again in Pontones. 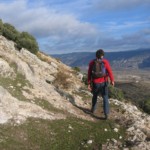 You have to drive 9,5 km from Pontones to the starting point. Today you will walk around The Almorchón,  known as the “King of Sierra de Segura”. You will surround it making out the meadow of Santiago the la Espada and the high summits of Sierra Nevada and la Sagra in Granada, as well as the ones in Sierra de Cazorla, Segura, y las Villas. Your accommodation is in Las Juntas, 27 km, 40 min drive. 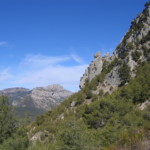 You drive to Miller (about 10 minutes) for another great circular route of about 11 km, walking the well preserved and pleasant paths around the “Calar de la Pililla”, with the wonderful views of the Segura valley and the Anchuricas reservoir. Your accommodation is again in Las Juntas

End of the journey 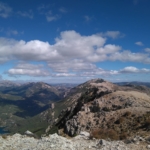 After breakfast we finish our journey. You can drive back to your airport.

Extra walk to the "Abandoned villages"

You can choose another day walking to the heart of the park, the villages that had to be abandoned by the population because of the Hunting Preserve in the sixties